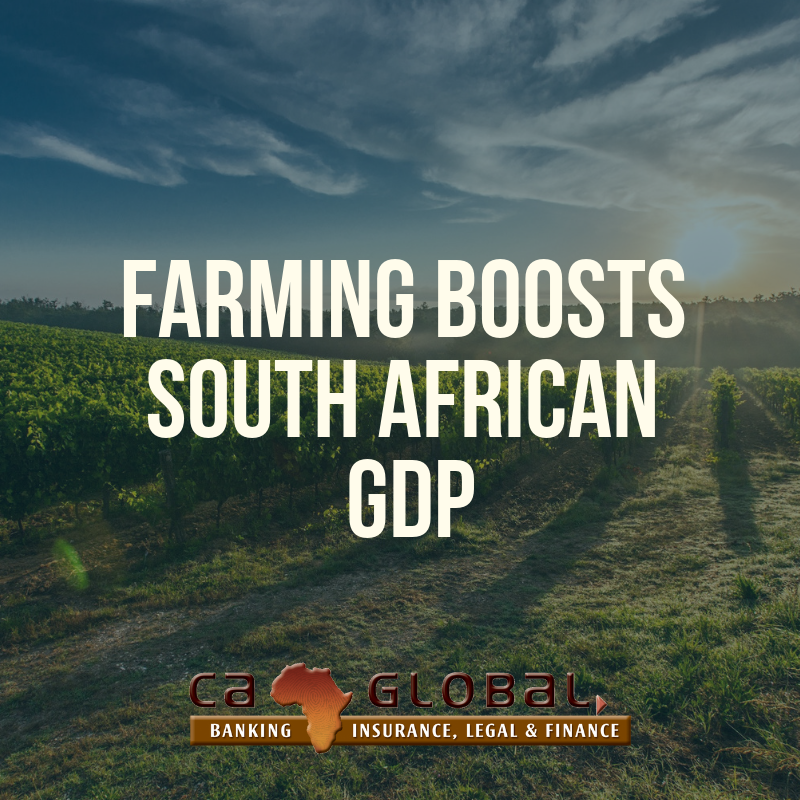 Growth in the agriculture and manufacturing industries have helped boost South Africa’s economy in the last quarter of 2018, new data from Stats SA reveals. However, this growth is very slow as the industries struggle to rebuild investor confidence. This growth comes after the farming industry took a hit in the first half of 2018. South Africa found itself in economic recession in 2018, its second since the early 1990s. The 2018 recession spanned the first two quarters of the year. The economy shrank by 2,7% in the first quarter and contracted further by 0,5% in the second.

The latest set of gross domestic product (GDP) figures released by Stats SA provides an overview of economic performance in 2018. The South African economy grew by 1,4%1 in the fourth quarter of 2018, contributing to an overall growth rate of 0,8% for the entire year. The manufacturing industry expanded by 4,5% in the fourth quarter. The divisions that made the largest contributions to the increase were petroleum, chemical products, rubber and plastic products; motor vehicles, parts and accessories and other transport equipment; and food and beverages. Finance, real estate and business services increased by 2,7% in the fourth quarter. Increased economic activity was reported for financial intermediation, insurance, auxiliary activities and real estate. The transport, storage and communication industry increased by 7,7%., This was a result of increases in land transport and transport support services.

“Agriculture made a positive contribution to growth, after having declined at a double-digit pace earlier on in 2018,” Standard Chartered Bank’s ChiefAfrica Economist Razia Khan said. “A more normalised performance from agriculture should help boost South Africa‘s overall recovery,” she added.

What do you think? Let us know in the comments below!